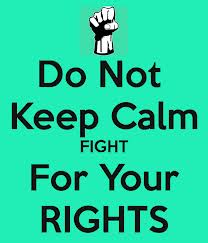 I think the joke is on us. I hope DFW is laughing in heaven.

Today, I write from page 306. Most recently, Orin has abandoned tennis for football; Poor Tony has had a seizure when going through withdrawal. I’m thinking there is a connection, though I’m reaching and reaching and reaching. . . Though I may not trust DFW with editing, I trust him with significance. The prose, ever meaningful, must be about time, about existing?

Orin finds both football and Joelle (who will later—chillingly—do something that I found, for whatever reason, a real slap in the face to existence: she will enter a Store 24 on the cusp of committing suicide, she will buy a soda, she will go outside, and she will pour it down the drain).

Orin discovers football, and “. . .  both destiny’s kisses and its dope-slaps illustrate an individual person’s basic powerlessness over the really meaningful events in his life i.e. almost nothing important happens to you happens because you engineer it. Destiny has no beeper; destiny always leans trenchcoated out of an alley with some sort of Psst that you usually can’t even hear because you’re in such rush to or from something important you’ve tried to engineer.”

Orin’s love language might be affirmation, which sucks—always needing, always, always: when he plays “. . .  a lot of it seemed emotional and/or even, if there was such a thing anymore, spiritual: a denial of silence: here were upwards of 30,00 voices, souls, voicing approval as One Soul.” And: “Orin said the thing he thought he liked was he literally could not hear himself think out there  . . .”

Move to Poor Tony going through drug withdrawal: “He weighed fifty kilos and his skin was the color of summer squash. . . He had a sty that had scraped one eyeball as pink as a bunny’s.” But, like Orin, there is cosmic epiphany: “Time began to take on new aspects for him, now, as Withdrawal progressed. Time began to pass with sharp edges. . . Nothing in even Poor Tony’s grim life-experience prepared him for the experience of time with a shape and odor . . .” With withdrawal, “he understood . . . the phrase chilled to the bone—shard-studded columns of chill entering to fill his bones with ground glass . . .” and he feels “the pain of his breath against his teeth. . .”

Oh, Time! “Time spread him and entered him roughly and had its way and left him again in the form of endless gushing liquid shit that he could not flush enough to keep up with. . . Then at some point he realized: time had become the shit itself: Poor Tony had become an hourglass: time moved through him now; he ceased to exist apart from its jagged-edged flow.”

I think of DFW now writing this high-definition, detailed, meta-, mega-novel about over-thinking addicts seeking refuge from their own brains and I wince with both charm and disgust.
Posted by Jennifer Spiegel at 10:11 AM