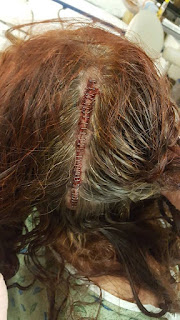 I sat down with myself – or probably stayed standing, really – and told myself that this time, I was going to back off. This time, I was going for a low, low, low profile.  No goofy self-promo, because I’m really socially awkward, clumsy in person/articulate on paper (wha????), and frightfully opinionated. I thought, Hey, This Time, I’ll Even Heed The Words of That New U2 Song, “Get Out of Your Own Way!”


But even that’s problematic. Because who likes U2 anymore? And didn’t I recently make a fool of myself with regards to them? I think so, friends.

Anyway. I got a book deal. Third book, second novel. (I’ll put the link below, but this piece is about something else.) I’m out-of-control thrilled; I’m actually not going to write about that today, but it’s so very much on my mind and I truly do need to offer my sincere gratitude and respect to FIVE OAKS PRESS for getting the news out under my dire circumstances. Something serious happened. Really serious. And Publisher Lynn Houston really stepped in, side-by-side with my husband, my kids, my mom, my extended family, and my community. I was supremely supported. I am still being supremely supported.

So, this morning, I am violating my own Silence Agreement to tell my readers (you, right?) what just happened. And then, I think, in the interest of my own literary endeavors, I will primarily use this blog for book reviews – with one future exception. I’m planning on posting a blog piece on our U2 concert experience for my kids. Just for them. I have to. I love them. I could copy it out and give it to them, but they’ve been saddled with a mom with a pen-in-hand. It has tough consequences.

And then, I intend to play out this publication scheme better?

So what just happened?

“Bosco’s Going Down” is my official blog, named after my dead cat. Man, I loved Bosco. Jules, named after Samuel L. Jackson in Pulp Fiction, is also dead. Now, we have two other cats and a stinky dog. I love them all, but I probably wouldn’t name a blog after them.

In 2012, I amazingly had two books come out, The Freak Chronicles (Dzanc Books) and Love Slave (Unbridled Books). I still love them whole-heartedly, but I have some regrets about how I handled myself. I didn’t know what I was doing on the business end, and it showed.

Primarily, I was a college English teacher, a better college creative writing teacher, a person with a weird background including a grad degree in International Relations, a wife, and a mom. Maybe primarily isn’t the right word.  I cannot—even at this insane moment—strip off that writer identity, whatever it is, from my being. I write and I’m other things too.

Since 2012, I’ve been writing nonstop. And the novel is coming! Crazily, I also got Stage Two Breast Cancer in June 2015, and I wrote a memoir (Cancer, I’ll Give You One Year, or How To Get Your Ba-Da-Bing Boobies On the House) that I actually think will show up soon. I wanted for the novel to come out first. I really did. I’ve found that now, well into my forties, I’m very smitten with narrative nonfiction. I didn’t expect that. But, in truth, my first love is fiction. The novel is my other baby. I am, right now, novel awaiting publication—in the midst of a sweet trial—pregnant, gleefully so.

And that’s the background information.

Let’s return to the question about what happened.

Book deal already pending. Breast cancer “resolved” (meaning: I try to live my life well, while imagining that I’ll be dead soon). My marriage is pretty good. I’m not being boastful; I mean, we’re nuts and imperfect. But it worked out. I’m not a great mom. I love them so much, but I’m very mediocre, actually.

I made it till mid-January when I started noticing constant headaches. Different than the usual fare – a pressing, heavy, back of the skull, oddity. I called my oncologist (more on this doll in the cancer memoir), and he ordered an MRI – probably to appease me more than anything. Once you get cancer, you think everything is cancer. This is the truth.

I had the MRI, and within two hours my oncologist called me. Not good. Not good at all. This was all one week ago, exactly. It looked very much like a benign brain tumor called Meningioma. But it was so huge! Like, massive! He said, “Don’t panic. It’s probably not cancer.”

My oncologist set me up with a neurologist for the next day. Tim came home, messed up, but not unused to this, our life. Parts of my body have been continually whittled away over the years, big parts, defining parts.

By Wednesday afternoon, I was hospitalized, scheduled for brain surgery the next day. I still don’t really know the neurosurgeon. I just went with him on my oncologist’s word. People liked him. Good enough?

Really, here I am downplaying my fears. I wanted to survive cancer for my children and Tim. This is still a sore spot for Tim and me because I have a hard time believing in my survival, and he wants me to. The writer-thing is so terribly intrinsic to who I am that brain surgery and its risks are utterly worst-case-scenario stuff. If I couldn’t read, write, be my socially awkward/crazily married self, I’d like to die. Yes, I said that aloud.

But I had very little choice. It was so big. And pressing. It had not yet dug into my brain; it was superficial, and closest to occipital stuff—not personality or language stuff. I hadn’t had any seizures yet! I actually had taken my kid to see Hamilton on Friday night, primarily out of guilt because I’m such a lousy mom! (It was great!) Tim and I finally saw Get Out, and I lamented, Will this be my last movie ever? I’d miss the big book sale at the Arizona Fairgrounds this year! How can I afford to miss work? I’m an unknown writer who lives off of my husband? What if this is it? I was reading Olive Kitteridge at the moment, and didn’t that figure?  I couldn’t survive in a vegetative state; I couldn’t do that to Tim, to my kids. I needed to die, instead.

And things happened. The prognosis was always good, though who could hear that? This hospital stay was not like others. In all honesty, I’ve been in and out of hospitals for five to six or maybe seven surgeries since the cancer. Some have even been fun! Once, I ate kinda fresh-ish salmon, drank pots of pretty good coffee, and ran around the nurses’ station listening to Trevor Noah’s Born A Crime on audio! Another time, O.J. Simpson got paroled, thereby ending my youth officially.

But this time was not fun.

Tim refuses to read the parting notes I wrote to him and the kids before surgery.

Surgery was a success.

It’s out. It was not cancerous. I’m myself. I’m home after one freakin’ day in ICU. I have a million staples in my head that come out next week. I actually taught yesterday, and it was okay. Tim is so present, as are many, many others. I’m not sleeping much. I’m pretty functional. The only strange phenomenons I’m noticing include a mild loss of taste (due, we think, to meds which are temporary) and a bizarre light flicker I periodically see in my right peripheral vision (which will supposedly “resolve itself” in a couple weeks). I keep thinking I see a cat or something. It’s my beloved Bosco!

That’s what happened. Here are some photos. This is public, so I’d prefer the deep, serious messages to be sent to me privately. I’ll include the link to my book. (Again, allow me to express my profound affections for all who made this book possible now.)

Thank you for the love, support, and prayers!

Posted by Jennifer Spiegel at 7:51 AM