Not What You Think I had seen his eyes like that before – that I-Am-Trying-To-Tell-You-Something Look. That This-Means-Something so soft but so hard stare of his. It is a soft look, a vulnerable look, like a doe. I see it and I’m supposed to respond. I’m supposed to melt a little, understand what’s at stake. Give in. I’m supposed to give in.

I’m sure that he’s seen the look in my eyes too.

My husband, my straight man, the yin to my yang, and I had a very bad afternoon yesterday.

We bought a car.

And it’s all book-related, so I thought I’d share. Actually, the truth is that I have to write in order to cope. Maybe you’ve read my book. Maybe you’ve wondered, Is THAT true? Did THAT really happen?

But this is what you need to know: we barely argue nowadays. I mean, we sometimes do. But not in a crazy, explosive, someone’s-going-to-die way. (And, Thank God, because we have teenaged daughters and there’s no way on earth we could handle marital discord on top of teen angst.)

I think you also need to know that both us came from families who bought cars and held onto them for decades.

But here we are, married, middle-aged, more or less professional, with kids, two Hondas. Middle class. Like decidedly middle class. We’re in that limbo income place in which rich people look at us like we’re the poor people, and poor people look at us like we’re the rich people. Like we’ve been to Harry Potter World, and we have friends who can’t pay bills. I’ve been told that I shouldn’t discuss money—by people with money—but the point is this: we exist in the in between.

So Tim decided that, in preparation for MY “book tour” (notice the quotes), he’d trade in his older Honda mini-van for a newer Honda mini-van. I was not in favor. I mean, let’s lay it all out there. This freakin’ book cost us a ton. That indie BS pretty much killed my “career” (more quotes). Look, I’m not looking for pity. My book is awesome. But I put money into it that I don’t have. I did it brazenly. And, say what you will, Tim supported my endeavors.

And so he couched this car business in further support: it’s all for the book tour.

The book tour in which we stick the kids in the back of the van and call it “summer vacation.”

But I wasn’t for it. “No downpayment, no increase in the monthly bills.”

I would be the bad guy. I’d be the one who stuck to her guns. I’d get what I wanted.

I’ll cut to the chase in this narrative loaded with cliché upon cliché: the shit hit the fan.

It probably occurred to both Tim and I midway through that the situation was not going well. But it was too late.

You know the meme: I finagled. I broke Tim’s heart. I said no.

The car salesman WHO WAS JUST LIKE A CAR SALESMAN even said some bullshit line to me like, “You drive a hard bargain, don’t you?”

I’m, like, You turned me into something I don’t want to be.

I’m, like, I see my husband’s eyes and I know more than a car is at stake and I’ll give you all of my money if you fix his eyes, take away that look. You can have my money. I need that car. I need to walk out of here with a car and you can’t stop me. You can make me into a bitch, but you will not touch my marriage, you Honda Motherfucker. He cannot look at me that way. I am not the thing holding him back. He is not the thing in my way. We are together. We need that car.

The Honda Guy made a final offer and looked at me.

I hesitated. I looked at Tim. I said, “You get your fucking car.”

But we knew it wasn’t funny.

I am not this person, I wanted to say.

I am not this person, he wanted to say too.

We’re recovering. I’m going on this book tour. We are these road trip people. We love our stretches of highway, our coffee cups and paperback books. We love going to the Arch in St. Louis and the Botanical Gardens in Chicago and Jack Sisemore’s Traveland RV Museum in Amarillo, Texas. We are roadies, middle class and middle aged. 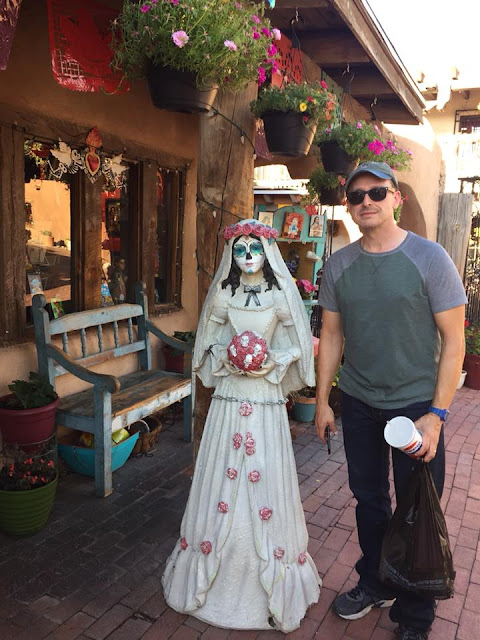 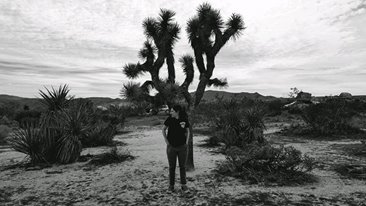 Posted by Jennifer Spiegel at 11:42 AM