I Think It Was You

And now it's time.

It's November 5, and this blog post will possibly be dated by the time I go to bed with him: 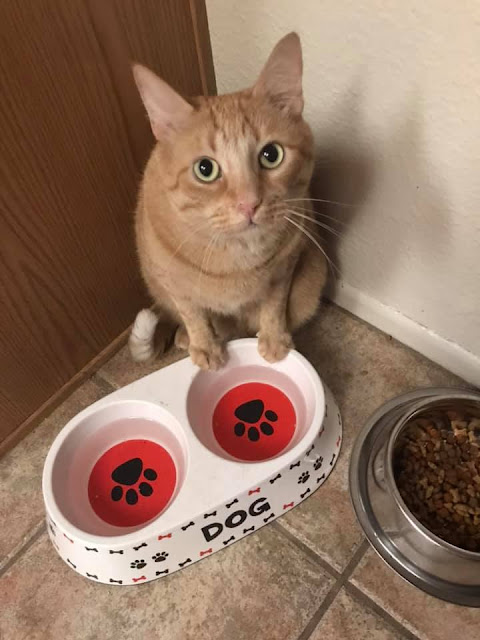 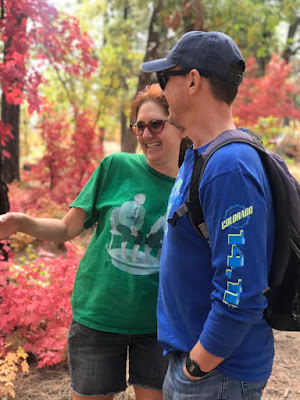 When Story and I hit the hay, Trump will probably be suggesting that Dr. Fauci sabotaged millions of ballots. Rest assured, Fauci was wearing a mask.

We still don't actually know the official results, but we kinda know. At the risk--a risk I've already taken more than once--of offending people, I'll expose myself by acknowledging publicly my political and religious affiliations. It is a risk; I've known it and felt it for a long, long time. I can, in a few sharp words, alienate both Conservatives and Liberals, both Christians and Non-Christians. It's amazing this power of alienation I have. If only I could market it . . .

If I acknowledge that I'm a Christian Conservative, will the Secular Humanists (who are the ones who primarily read literary fiction) read my books?

If I acknowledge that I voted for Biden, will I be told that I'm, um, not a real Christian or I'm not seeking God or I'm not interested in Truth (I've been told all of these things--by family)?

Okay, I'm a Christian and a conservative and I voted for Biden.

I'm in a bind, really. And then I remember this: I'm not exactly selling books right and left anyway.

So, without further adieu, I'm just sharing immediate election reflections. And my favorite photos and memes so far (they're coming in fast). . . 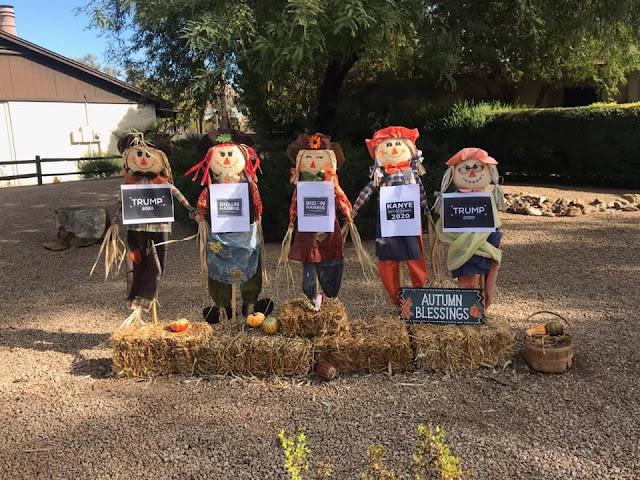 Can you read the signs? Do you see Kanye?

I didn't want to acknowledge the reality of this photo. My family is divided. Let's not discuss my mom. My husband voted for Trump.

I could deal, but it wasn't easy. Tim has certain traits that allowed for our harsh disagreement: he never defended Trump's repugnancy, he's not a conspiracy theory fiend, and he shut up about it outside of the house.

He's just a serious Republican, not a Trump defender.

After this photo was taken, I wrote this to my Christian friends on November 1 and I personally think it's important (!): 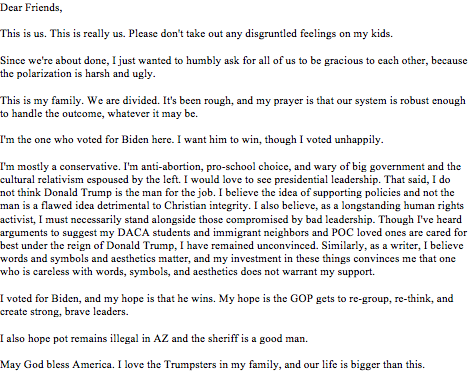 My opposition is spelled out, and I stand by it.
That was fun.
Then, election night 2020.
I mean, it's in the middle of a global pandemic. What can we possibly expect? Yeah, it's all messed up.
Seriously, if you're a teacher or college prof, you know perfectly well that it's all messed up . . . and you put on your Big Boy and Big Girl Pants and deal.
You freakin' deal. I mean it. Man, do I mean it.

Here are my favorite photos from the night. 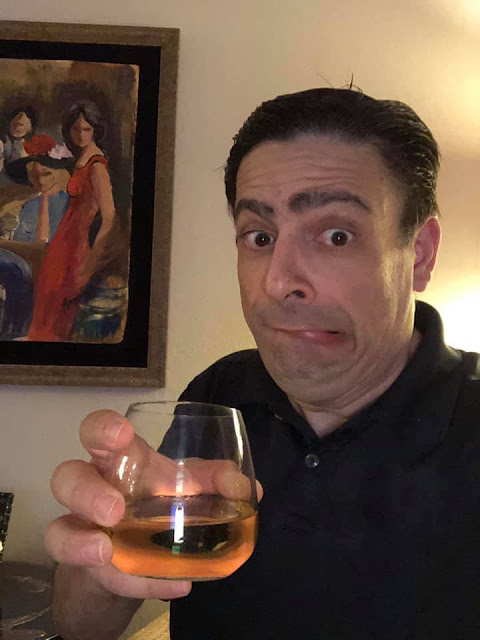 This is my friend, Scott. I've said this before, but I'll say it again. We've been friends for over 30 years and he's the brother I never had. The problem is that we're both a little nuts and so our friendship might feed our nuttiness. Amazingly, we each married people who REALLY balance us out. As you might imagine, we did go crazy this election. We each did some wild things that I'm not willing to discuss. 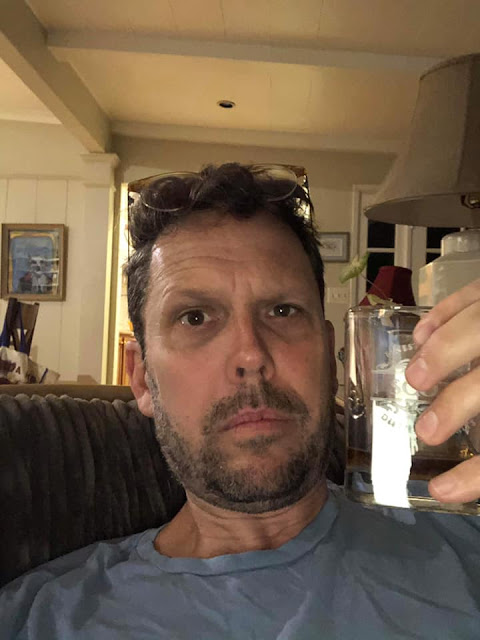 This is my other friend, Scott, who will be mad at me for not saying he's like a brother. I mean, You Are, Lin. But You're My Out-Of-State Brother. Though I think you read more of my kind of books, and I'm kinda impressed by that. Really, I am. Is Megan responsible for this??? 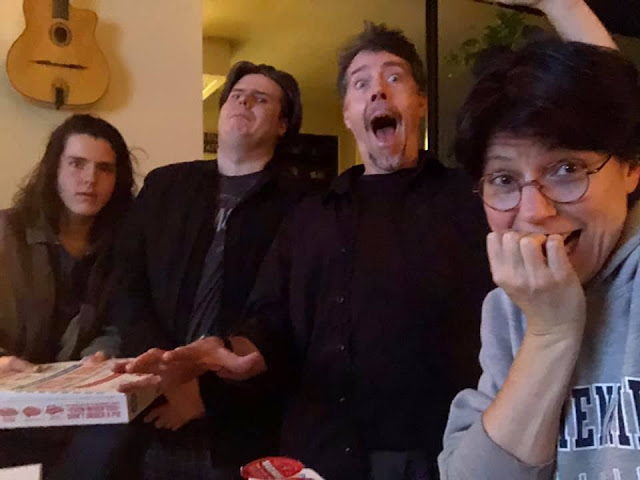 This is Jackie with her fam. Like us, they gathered the kids and got take-out. I was thinking, Jackie, that the boys resemble John Taylor of Duran Duran. 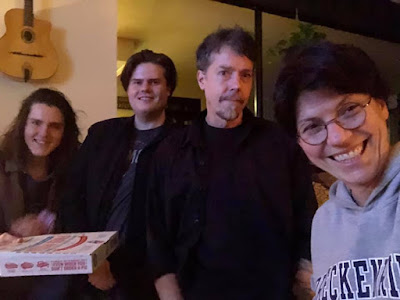 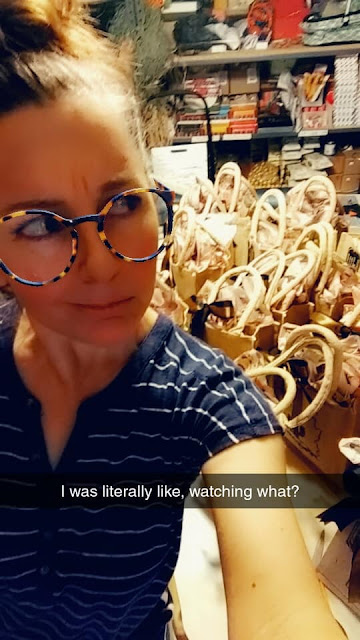 Jenifer. Super cool glasses. We grew up together, and there are just certain things we both know. 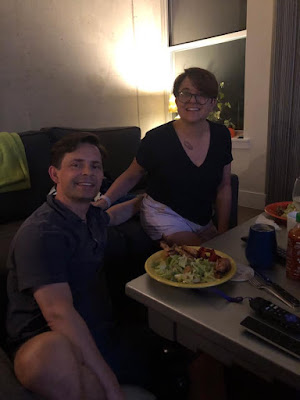 Toni and her husband. Toni's a crack-up. If you're so inclined, add a comment for her on my post saying, PUBLISH YOUR BOOK. She's funny and she writes about these family escapades in a David Sedaris/NJ/Italian/Obviously-a-Mom way. 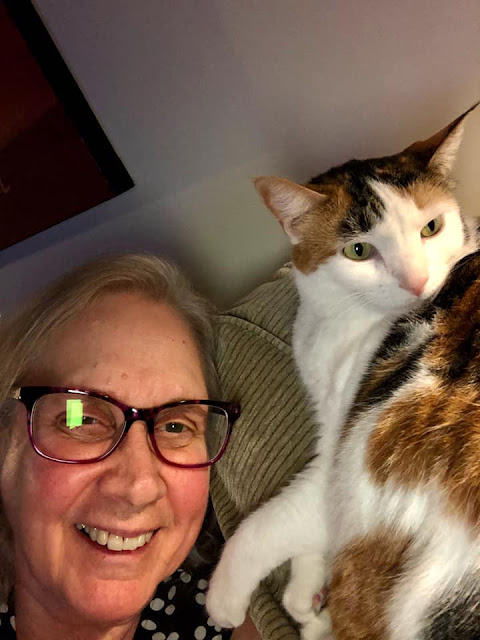 My mom and Scout. She voted for Trump, and we're barely speaking. I love you, mom! 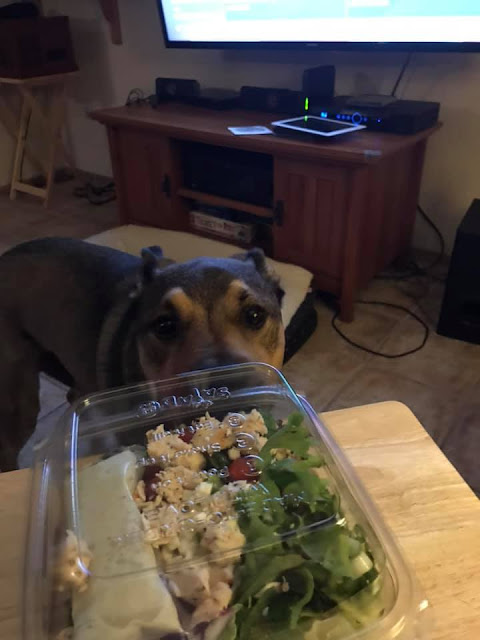 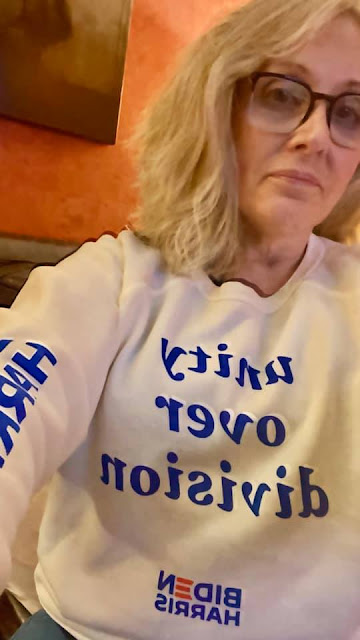 My sister, Tracey. I always say this too: she's the good-looking one. She introduced me to the Rolling Stones. Even though we are so very different, we share certain key things. 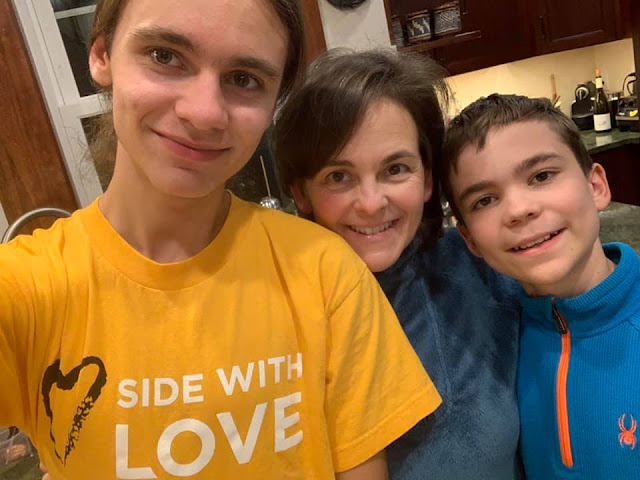 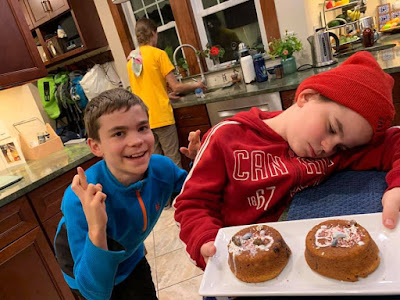 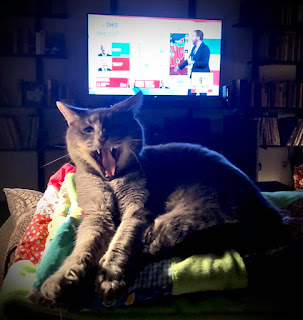 Jackie's cat, trying to figure out if it would be worth it to stay up all night to watch TV. (It wasn't.)
\ 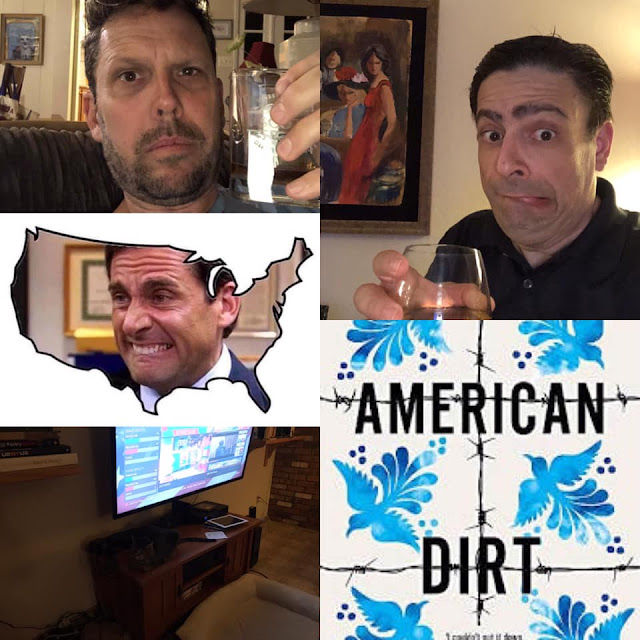 My cat is on that table.
And I'm reading American Dirt right now, which compels me to say to some people, Shame On You. I mean it, I'm afraid. For shame. 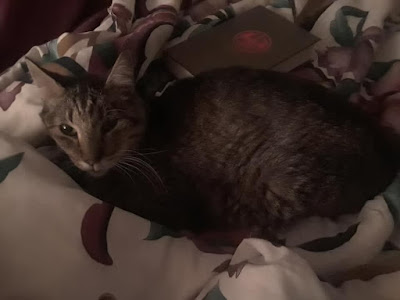 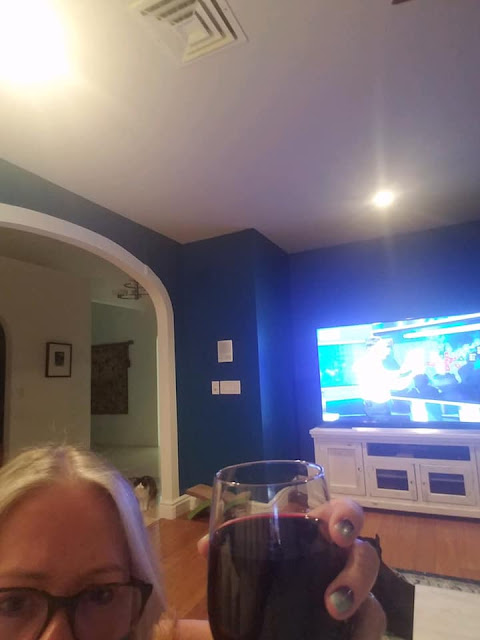 I love Kate. I think I see her cat in the background too. I just know a lot cat owners, guys. 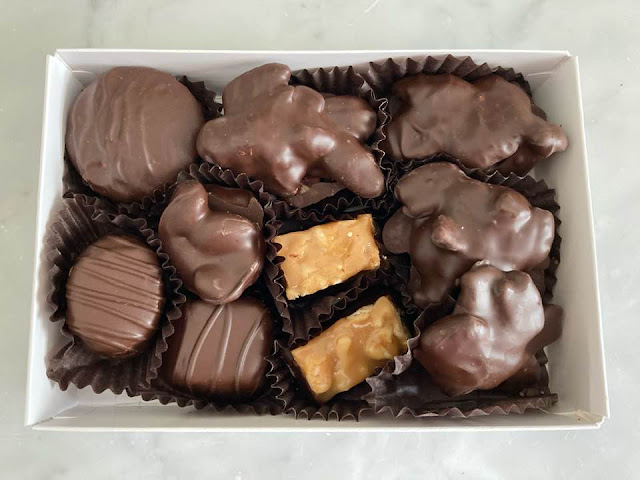 My Trumpster friend. P, offered me her chocolate stash. Both of us, regardless of politics, fully accepted the need for chocolate
I have some great memes coming up too.
But here we are. Arizona, apparently, flipped this election--going from Red to Blue. The day after the election, with results slowly accumulating in Biden's favor, was not happy here. I wish I could say it was. I was happy about Biden, undoubtedly--though, even right now, I don't underestimate Trumpster machismo. If that's what it is. I think Trump could still finagle a win, by sheer confidence and conspiracy. I'm nervous. I am.
It was also unhappy because Arizona went Blue. I'm telling-all. I'm a Cconservative. I'm always moderate My mom disagrees. I think she thinks I'm part of ANTIFA. But whatever.
But it was hard watching my husband because I think he took it as hard as I've been taking Trump for FOUR YEARS. I can truly appreciate his despair. I saw him upset, though, and it had this profound effect on me. I thought to myself,
I've taken this too far.
It's not worth it.
We'll move to the South, even though Tim tells me I'm a Great Big Yankee. I'll move to a Red State and shut up for the rest of my life.
That night, I wrote this to mostly Christian Facebook Friends because my house seemed too tense: 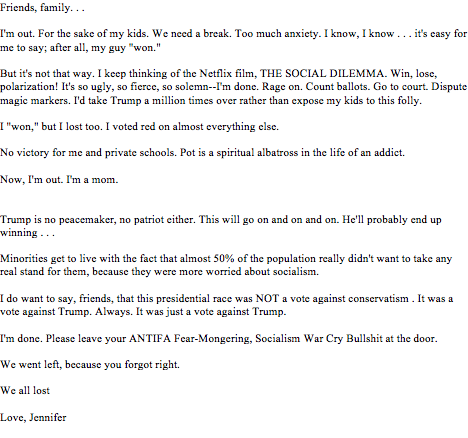 I want to say this again: We went left, because you forgot right.

And again: We went left, because you forgot right.

This is bold and unkind.  I say it again: We went left, because you forgot right.

It was an unhappy day. It's still an unhappy day. Trump ruined conservatism. He needed to lose. Let the GOP take a breather, get its act together, divorce itself from him.

I told you that Scott is like a brother to me. I'll lose more friends over this. Our texts are, um, unsavory. I told him I'd edit this out because the language was a tad raw, but  I built my non-career career on candor, so here we go . . . Yesterday, Scott and I texted about how we were sad. Today, we texted that we were mad. Our sorrow stewed, and turned to anger. Brace yourself (I'm the first text; remember, I was REALLY mad): 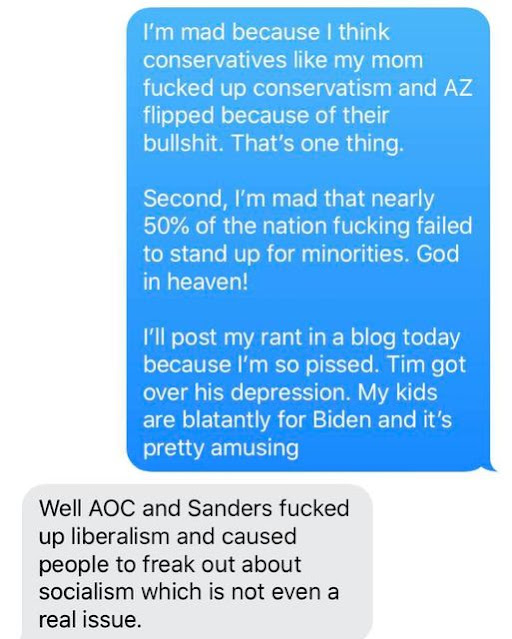 Boom. You see why my readership is mostly made up of secular humanists and a few scattered Christians. But the point is worth making. Trump damaged the GOP. Bernie and AOC damaged the Democrats (Scott later added Pelosi too). I think I'm wanting to step away from my rage, but I feel like I possess a kind of righteous indignation. Political extremism and Cults of Personality never work.

Why do I not hold Biden to the same standards as I hold Trump? Because I was never on his team. I was on the other team, the Republican one. And I lost hugely. I'd move to another state if it made my husband happy. I'll pack my bags tomorrow. I'm being honest. I may move. I actually have grown to like Arizona, though I sorta prefer the East Coast--but I'd go for him.

Alas, I'll leave you with a link to a book review that especially influenced me (my mom called it vile, and I'm dealing): 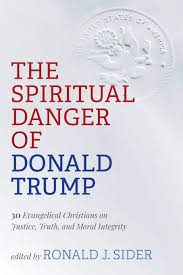 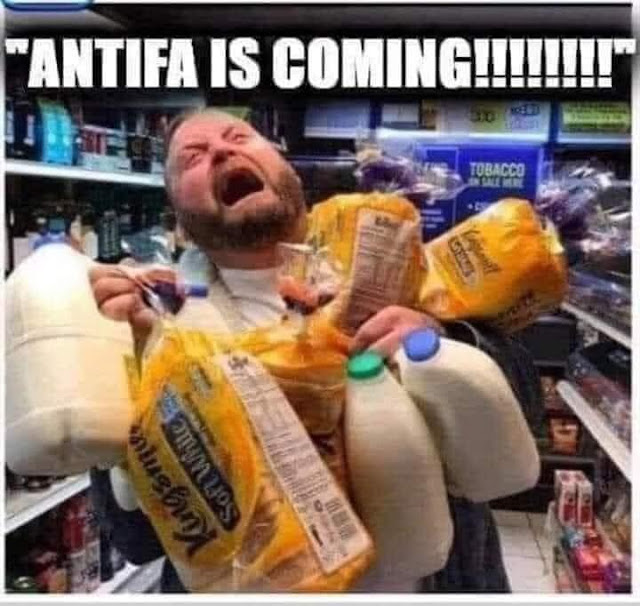 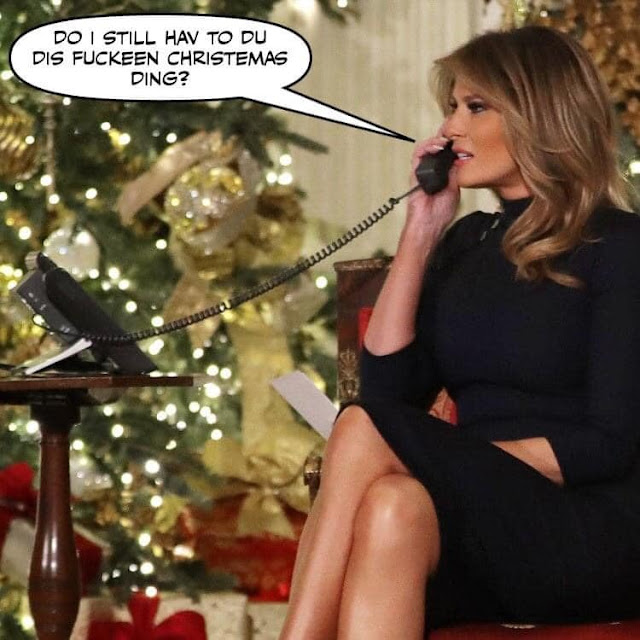 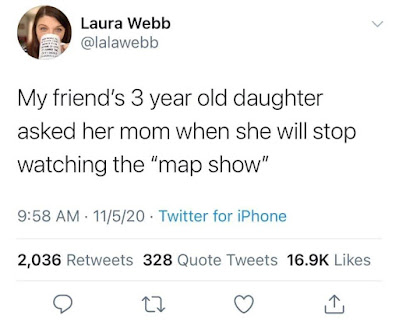 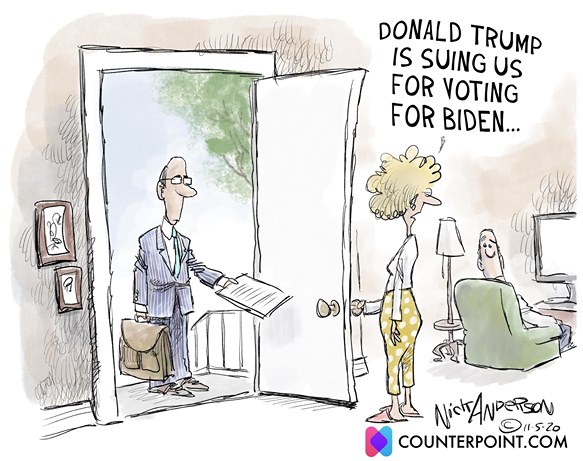 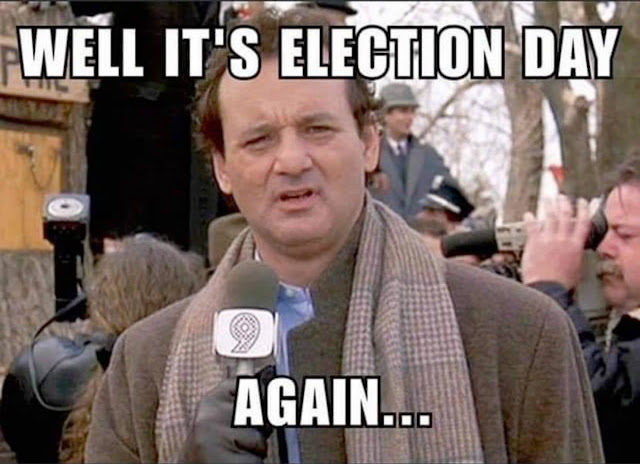 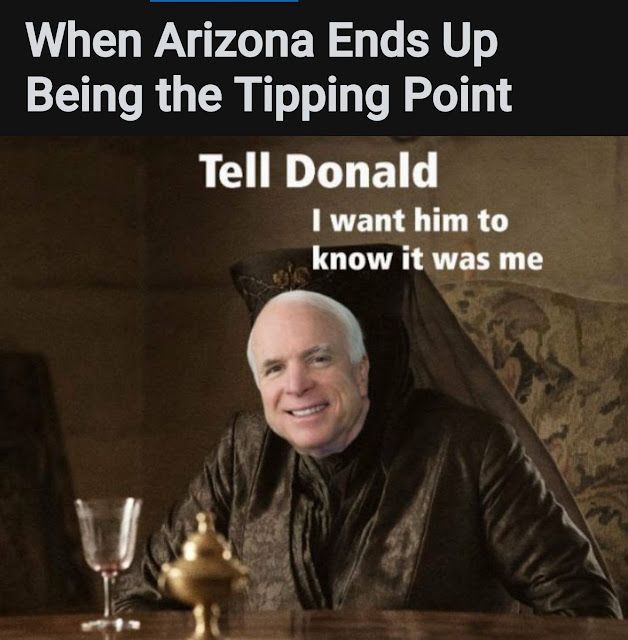 Thank you, John. Tim did think this had a lot to do with Arizona flipping. I'll tell you this: he influenced me. As Tim noted with Arizonans: You Don't Mess With Our John McCain.

Posted by Jennifer Spiegel at 2:26 PM