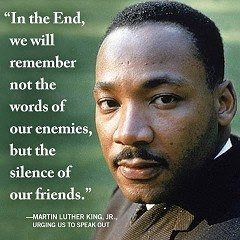 The last time I went publicly crazy about politics was on November 5, 2020.

It’s just, well, we need to get over this already. It’s time. Get a grip.

I’m writing to my GOP friends, especially the Christian ones. I’m talking to the Church-folk.

Dare I say this: I believe, frankly, there’s a serious need for corporate repentance.

Please don’t think I’m doing a holier-than-thou routine or some kind of cocky high-falutin pseudo-intellectual talk from my liberally-educated pedestal. I’m just a writer with a foul mouth and strong religious convictions.

I’m trying to be thoughtful about this, and here’s what I’m thinking:

1. The current situation, In a nutshell: Trump was an anomaly that the GOP bought into. Had they recognized him as an anomaly, they could’ve gotten past this—but because people on the Right cling to Trump, they lost. Had Georgia not been contested, Biden would’ve been forced into a moderate position. Now, because Georgia flipped, anything goes in the Biden administration. Loyalty to Trump screwed the Right over. It’s very easy—too easy—to take no responsibility for this, to blame the culture for leftist or socialist or whatever tendencies without recognizing the role Christians played by upholding falsity.

2. And here's my undoubtedly TRUE political theory to get us past this unruly era of egotism and radicalism . . .

The very first important tenet of my theory is this: we are never objective or free of our own biases.

The second important tenet of my theory is this: Trump is an anomaly, and the current (not most basic) downfall of the existing GOP and Democratic parties is to NOT SEE him as such. It’s a problem for both parties. The country may or may not be going blue. Wait till the anomaly is cleaned up. Recognize the anomaly for what it is. GOP, pick better candidates.

He's an anomaly--closer to a Nero or a Hitler or a Stalin or . . . a JFK!!!! See, I'm NOT going to suggest it's the monster-dictator thing he has in common with these guys!!!! It's the CULT OF PERSONALITY thing. It's the personal politics thing. It's . . . a personality disorder, most likely narcissism. THE SOONER ALL OF US RECOGNIZE TRUMP AS AN ANOMALY AND NOT AS SOME KIND OF STANDARD-BEARER, THE BETTER OFF WE ALL ARE . . .

The third important tenet of my theory is this: making the media the scapegoat and that constant "mainstream media" bashing is anti-intellectual and smacks of ignorance. The media is a mirror; journalism is an Art. Of course, it's biased. If you want to freak out, freak out about the rise of and polarization fostered by social media, on which division is promoted and group-think to the exclusion and demonization of others is fostered. THE TRUEST FILM THIS YEAR WAS NOT ACTUALLY MY FAVE BUT IT WAS The Social Dilemma (Netflix). Going after the media is so secondary. Get over it.

The fourth important tenet of my theory is this: It's social media/the extreme polarization of the day/the chaos of elections and 2020 and the rise of Covid coupled with the death of George Floyd that drowns out the moderates, which is what we mostly are. We are not Bernie Sanders. We are not AOC. We are not Mike Pence. We are moderates. And it's the moderates on both sides who pick up the pieces of the wildcards and make America not-great-again-but-working-towards-justice-and-mercy. SO, MODERATES, STOP THE TRUMP-NONSENSE AND GET TO WORK.

We need the wildcards . . . The Abraham Lincolns, the MLKs, the George Wahingtons, etc. But it's the moderates who build on that work, "restoration" periods, "recovery" periods. It's us. Sadly, this time, we're not picking up the pieces of a beneficent wildcard, like Bobby Kennedy; rather, we're picking up the pieces of an anomaly. BUT IT'S OUR WORK. Joe Biden is a moderate. Kamala? Not so much. Nonetheless, it's us . . .

This piece on Christian nationalism by Matt Maler.

Posted by Jennifer Spiegel at 7:54 AM